Ask and it is given

Have you ever noticed someone in the business world where they just seem to have everything?Have you noticed how they seem to get everything with such ease and grace that you have to admit you might be a little bit envious?

Let me break it to you straight up.   That’s not luck. And no, they didn’t get lucky in regards status, or location. These individuals, these so-called “Rich People”, “Successful People” have actually used the law of attraction into the  science of getting rich and used it to maximize their own success.  For one, stop being envious of them, and two, stop hating on them.  It feels that people see others that are wealthy with some kind of resentment. Just because you don’t have that, doesn’t mean that they should be the bad guy here. That’s their own path, and you have your own.

Basically, mind your own business, that shouldn’t affect you. Don’t put the blame on them, because you don’t have what they achieved in their own lives. You should give some law of attraction love, and not hate.   You don’t want that bad Karma on your consciousness.

You want to learn the science of getting rich ?  Read on…It’s really  not that complicated.

Sitting Back and Waiting Rather than Chasing

Successful people know a few things more than the average person about the law of attraction does. Sometimes when you want something so badly and you pursue overzealous, it runs away from you rather than toward you.

Successful people know that once they are clear about their intention, set it, visualize upon it, then the only next logical step is to wait for it to come.  Most every individual you ask has a clear and specific dream and goal or goals; however, we all want it now. Successful people know how to wait patiently their desired outcome to manifest and they are so confident that it will come at some point.

But remember.They didn’t just sit and visualize. They actually put some hard work to get back.  No successful person has never done something for their own success.

You must take action! I can’t keep stressing this. You have to risk things. So Stop just visualizing, take action and never quit.

Once they are able to clear away that blockage, the abundance of money using the law of attraction flows freely to those individuals.  Ask and it is given. Remember that statement.

The Power of Believing

Successful individuals also know a secret. They know unequivocally that the power of belief is integral to manifesting their desires. Believing that they are good individuals who deserve nothing less than the best, will serve them well as the science of getting rich in their book.

Be humble as you can possibly be. If you aren’t, change and  start now.  Be grateful, and believe the secret power you never thought you had. Rhonda Byrne didn’t become successful by luck.  She helped others, and made non believers, believers.

I just despise the people who use it in a way to get certain things in their lives, instead of using it for everything in their lives. It’s like they want to fix just one thing and not themselves as a whole. That sounds a little greedy, and greed is not something you want in your life.  If you walk around with a mindset that you will fail…or you worry about failure, then pretty much that is what life will deliver to you.

However, if you walk around expecting and believing that you will receive blessings in abundance; your wish will be the universe’s command.

It is an everyday thing. It takes practice to change your own mindset. For some it feels like a chore, for others it becomes something exciting. For me, it was exciting to finally realize, that everything in my life is due to my own thoughts.  Go back in your life, and start pinpointing when you got things you wanted to get.

The people you hate, the people you love, everything that you are surrounded by right now, are all YOU.  They are there, FOR YOU.  Have you ever noticed, when you stop focusing on someone, something, or some certain situation, that just vanishes? It’s all you. When will you understand this? Just try it out.

I’m here to succeed… I refuse to fail. That’s why i’m going places. How about your self? Are you doing what you love? Are you living the life your supposed to be living? What’s stopping you?

The Science of Getting Rich is to basically have a positive mindset about life and everything in it. That I think is a good place to start if you want to see some change in your current status. Stop thinking everyone is out there to scam you.  Not everyone is there to take you down.

There are others doing this to help themselves, because they know that by helping others, they get helped even more. Its something that goes around in circles. Its like the circle of life.

That’s how it is folks. That’s it. It’s that simple, it’s just we just choose to make it complicated. 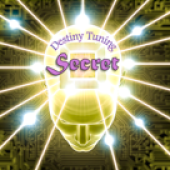 Are You Scared? Why? This is Why You Shoudn’t Allow your fears to take over

How To Make Every Day Your Perfect Day By Raising Your Vibration!

The “Magical” Science Behind The Law of Attraction

How to Manifest Anything You Want In 30 days

You Are About To Embark on A Journey That Will Change Your Life! Sign Up And Get Your Next Steps To Your Spiritual Journey.

You have Successfully Subscribed!